I’ll bring the two topics together later, but for now point out two separate commonalities to each. Firstly, a great deal, perhaps the majority, of discussion involves finance and resourcing.

Secondly, a less obvious but significant point, the impact of technology on each area. In education, the use of digital devices as an aid to learning is highlighted; less so educational preparation for the rapidly changing digital worlds that will succeed each other education anticipating great flexibility, genuinely transferable technical and critical skills, and engagement with the political and cultural dimensions of new digital environments. In mental health, there is also some movement towards using digital devices as remote devices to support users and provide diagnosis and feedback; there are also growing concerns that some aspects of digital device usage have negative and deleterious effects on mental health.

Returning to the first point, money. It goes without saying that exiting education and mental health services have worked very well for millions of people, and would be able to do even more with extra cash. Equally obvious, many people have not been reached or adequately supported by state provided services. Purpose built schools with the best of technology and architecture have sometimes not provided better education; some have closed a few years after opening. Despite a conveyor belt of government reports, mental health, even with a modest input of extra money, is still inadequately funded or recognised as on a parity with other health services.

But money is not the only issue. The quality of workers and curtailing their leaving jobs through stress, overload and poor pay are others. But the quality of each worker is important too in ‘delivery’. Undertraining, inadequate training programmes and general personal development are factors; more important are the qualities of each worker in terms of dedication, self-development, caring and endurance: these cannot be programmed.

Confounding everything are the myriad competing ‘theories’ of education and mental health. These relate to questions such as what is education for? What constitutes mental health? How best to promote mental health and education? Debates are largely academic rarifications, and are often not debates at all since adherents to this or that body of beliefs may be more interested in promotion than discussion, though this is the worst case scenario.

What is, or should be, clear is that whatever the conceptual muddles and inadequacies of historical and contemporary theoretical underpinnings, the huge impact of technological development with implications for every aspect of life has to be factored into debate over the design of services and allocation of resources.

Mental health is currently heavily involved with the prevention of disorders, the promotion of ‘wellbeing’. Health and illness correlate strongly with poverty, deprivation, housing, cultural capital, employment and educational level, although it is vital to remember that ill health is often apparently endogenous or correlated with lifestyle factors and choices among the more privileged sectors of society. Schools, colleges and universities report increasing instances of  mental health disorders among students. Education and mental health are linked in complex but definite ways.

There are more general social and cultural factors that are involved with increases in sadness, unhappiness and misery – often treated now as mental disease, perhaps inappropriately – among relatively comfortable classes of society. These factors, it is variously argued, are caused by things like the consumerist ethic, 27/7 lifestyles, the impact of digital technology and the blurring of work and leisure, even capitalism itself. To these may be added financial precarity, the huge challenges facing young people to even begin to reach the security of their elders, and the rapidly shifting political and global surfaces. Whether imagined or real, people in the past generally had ‘a ground of being’, yet these days there is no ground at all; for many there are no central meanings and values. It is not an exaggeration to integrate all this into the identifying of an existential crisis.

There are many discussions and even celebrations of ‘The Future’, a brave new world of exciting technology. Much of this is well warranted. Advances in health care, cleaner environments, colonisation of foreign planets (actually vital, according to Stephen Hawking, if the human race is to survive). Equally, a cursory glance suggests obvious downsides. Advances in war machines, increased wealth divides as  technological benefits are for the rich only, the fate of the unskilled and uneducated, and the law of unintended consequences – emergent factors from autopoetic complexity in development.

To conclude, yes more money is needed for everything. But it is foolish and one-dimensional to imagine mental health or education as discrete entities. Not only are these two connected, they are connected with myriad other issues in dynamic ways which cannot be simply modelled or mapped. Whether Artificial Intelligence improves our cognitive skills, we presently have to acknowledge that to a large extent we are making progress – as we also have – largely in the dark, quite crude in our conception of the landscape. Nevertheless, let’s not kid ourselves that money is the answer to everything. We need to factor in urgently not some distant future, but the one that’s already here in many ways. We need to imagine forward our humanity. This can be done by asking the deeper questions about what we mean by health and education. 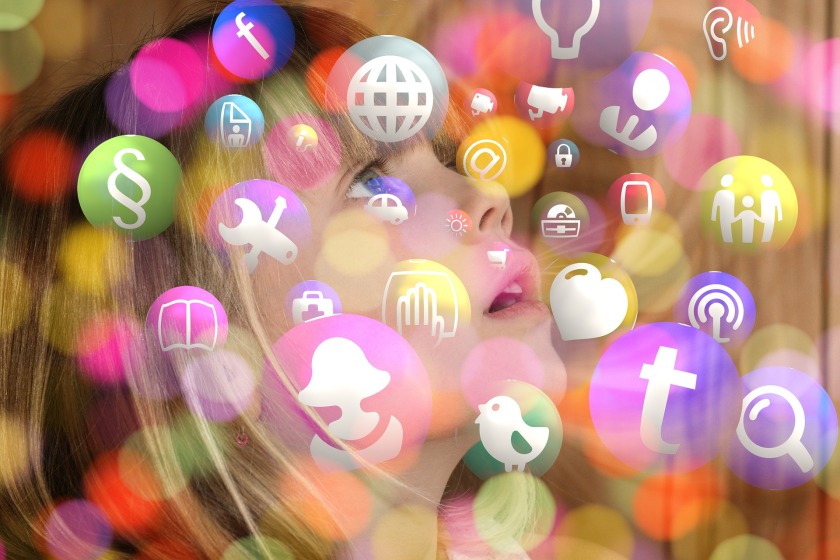 Do we worry too much about children and the internet, social media especially?

Clearly, there are dangers. Many web-based organisations offer information and support regarding obvious ones such as the risks of disclosing information, predators, bullying, sexting and so on. Then there are worries about children spending too much time in front of screens, and possible cognitive damage and other mental health issues. These sorts of worries are also addressed in schools.

There are particular issues aroud games such as this one which, like some of social media, create great anxiety about body image. Then there are games which may encourage online gambling: the line between fun and monetary gaming is very blurred.

It’s worth bearing in mind some context. New technologies always elicit fears. Socrates worried that the written word was harmful! When printing arrived it caused near meltdown in the Church which wanted to keep a monopoly of reading and writing. Governments taxed radical newspapers, worried about the spread of ‘dangerous ideas’. In Victorian times, the Penny Dreadful comics – full of crime and ‘immoral’ tales – caused widespread condemnation. Remember too that novel reading was once considered morally dangerous. Film created dire warnings of moral collapse, as did television. Then there was video and the ‘video nasties’ corrupting youth. Even today some pastors talk of rock and roll as ‘the devil’s music’ and so on.

Perhaps we need a ‘middle way’.

Sonia Livingstone, who has been researching families and technology for nearly three decades, says that families are getting whipsawed by  “polarized” advice.

And the media, as well as other authorities, are to blame for concentrating on the negative effects of screens on kids without differentiating between potential risks and actual harms, or correlations and cause, and for not talking enough about what constructive role parents can play other than yanking the plug.

“Parents are panicked by the messages about the dangers of the Internet,” Livingstone says. “Messages are coming from very scattered sources and reaching parents in garbled forms. If they look for official advice, they tend to find 10 ways to say, ‘Don’t,’ but no ways to say ‘Do.’ “

“Parents are panicked by the messages about the dangers of the Internet,” Livingstone says. “Messages are coming from very scattered sources and reaching parents in garbled forms. If they look for official advice, they tend to find 10 ways to say, ‘Don’t,’ but no ways to say ‘Do.’ “

Livingstone and colleagues took a particular interest in ‘screentime rules’ and the fears that kids spend too much time in fron to screens:

What worried us was that parents seemed to use these rules as a rod with which to beat themselves, worrying how much was too much, whether family TV time or homework ‘counts’ as screen time, or feeling guilty or inadequate as parents when their children watched ‘too much’. Yet, such rules just didn’t seem realistic in this ‘digital age’ when homework, shopping, Skyping with grandparents elsewhere or fathers working away from home.

So, we scoured the internet, and wrote to experts, to discover what advice is being given to parents. We uncovered quite a hodgepodge of advice, not always evidence-based, generally negative in intending to reduce exposure to ‘harmful’ media, and remarkably little of it able to recognize that parents are acquiring digital media at home to enable positive benefits for their children and, furthermore, they are often quite skilled in understanding it, not always being the ‘digital immigrants’ of old. Too much implies comfortable middle-class homes and fails to recognize the constraints or challenges parents often face.

Young people – digital natives – do develop not only skills but understanding. Their interaction with screens is an aspect, a part of their general development as human beings. Almost certainly, the best jobs in the near future will involve such an integration of digital experience with all other educational and human development.

Young people these days are wiser than they are frequently given credit for. According to the age-old generational view, however, our young people are out of control and technology is largely to blame. The reality is that schools today deal with issues pertaining to social choices and interactions that can sometimes be misinterpreted as “technology problems”. The popular view — propagated by some scaremongering media sources — is that inappropriate technology use is rampant among today’s youth. The evidence, however, confirms a very different reality. According to Yalda Uhls:

“We may finally be at a tipping point, one we have seen with every introduction of new media. New data from respected social scientists around the world continues to demonstrate that children are adapting and sometimes thriving as they embrace 21st-century media; these small and incremental changes may be building to permanent change. Perhaps now the hysteria will finally come to an end.”

We’ll be looking at the concept of digital literacy later on. Suffice it to say here that this involves a large spectrum from basic skills and safety right through to deep understanding of  digital production, design and control; then an appreciation of the ways in which digital technology shapes culture, society and politics. To reach the grandiose higher levels, young people will need an education geared to that.

Welcome. Have a look around. It’s all pretty random – just like navigating the digital world! There is some interesting stuff in the ARCHIVE on basic psychology, addiction, machines.

We aim to be broadly educational, not in the sense of answering questions but of asking them. Teachers and students may find jumping-off points for thinking and discussing but we’re primarily aimed at digital citizens across the globe.

Enjoy and sign up for updates. You’ll find a lot of interesting stuff on our Facebook page too.

Click on the Beat the Fix logo below to visit our site dedicated to electronic gambling.